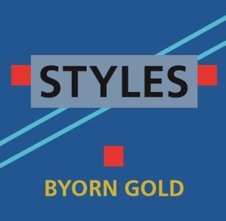 * Guardian Angel, song #018 in his #5Years250Songs journey, was his first song to reach 250K views on Facebook and more than 5000 had shared the song in less than three weeks!

July 2020: Byorn's Facebook page reached a milestone with 10.000 likes and even more followers.

April 2020: Byorn has started a #5YearMusicChallenge to release 250 songs in 5 years (50 per year, almost one every week). The songs are performed as Facebook Live videos on Byorn's artist page there. First song, "Don't Rush" (an instrumental) released 1 April 2020. The journey can be followed on a separate page here and on Facebook.

Q1 2020: In the Corona times, Byorn 'covered up' at the summerhouse and started playing cover songs in Danish and English, one every evening in the Danish-language Facebook page "Corona Lokalhjælp Danmark".

Q4 2019: Gathering inspiration from travels to Kilimanjaro, Istanbul and the US.

Sep 2019: Playing regular gigs in Copenhagen and performing at the Hillerød "Kulturnat" (Culture Night) on 20 Sep.

April 2019: Music and lyrics now being written for the next albums. Contact me to collaborate.

3 Jan 2019: Goals for this year include writing 50 songs, recording two albums, and collaborating on writing, producing, and promoting the music, getting a chart hit and radio / festivals play. Work with me on this!

27 Dec 2018: "Why Don't You Come Around" releases as STYLES single #5. This release concludes "Country" part of the album. In January and February 2019, STYLES will explore other genres - watch this space and www.facebook.com/ByornGold

20 Dec 2018: "Unpackin'" released as fourth single. Despite the title and the timing, it is not a Christmas song :)

14 Dec 2018: "Wearing it For You" releases as third single, paying tribute to country music and - not least - to Johnny Cash.

7 Dec 2018: "Follow Me" released as second single: Spotify and iTunes